Based on the "CLI" category.
Alternatively, view herms alternatives based on common mentions on social networks and blogs.

Do you think we are missing an alternative of herms or a related project? 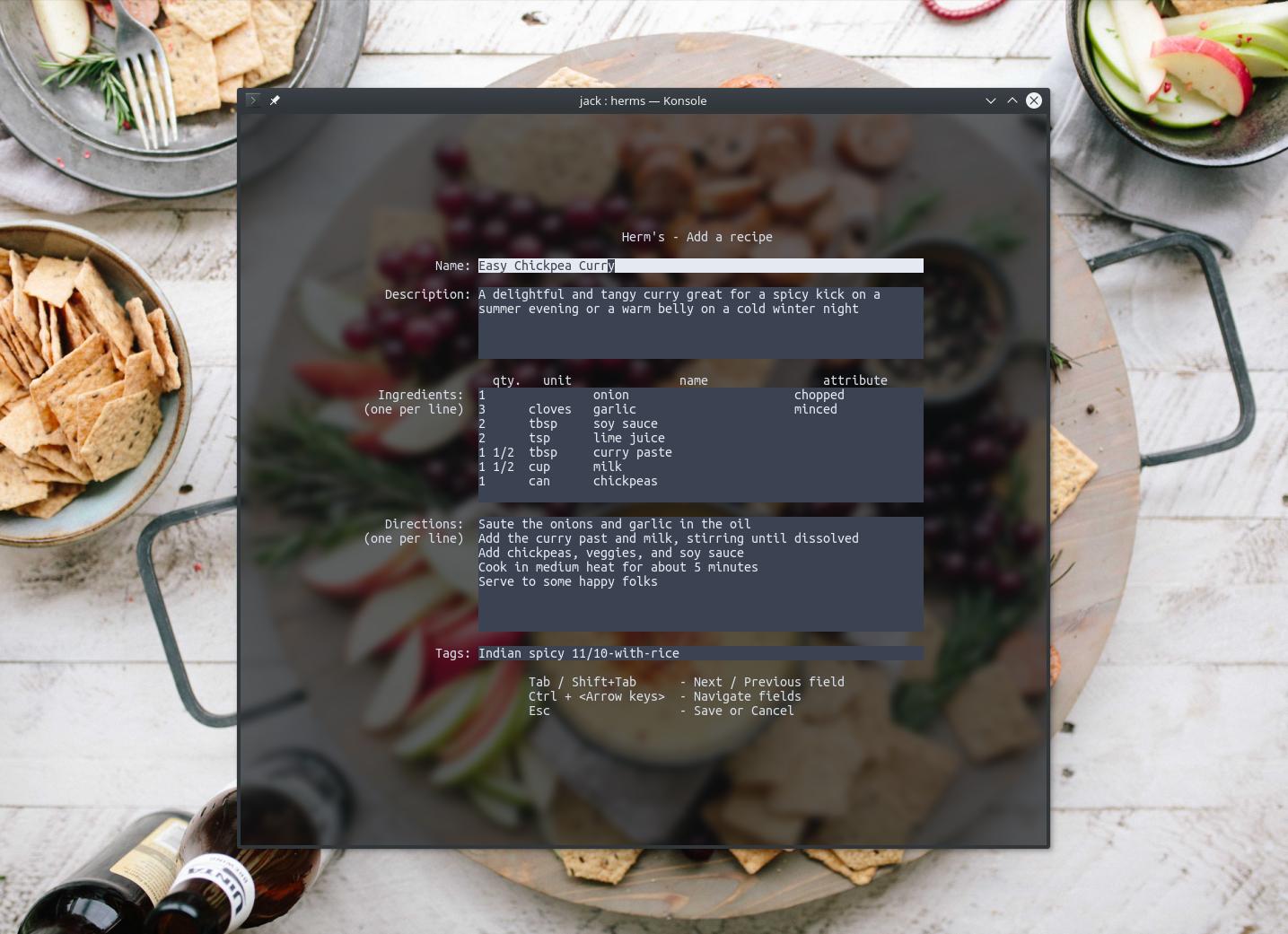 Version v2.0 is out! This is the first release for which pre-built binaries are available to download on Github. There were many, many great changes in 2.0, so thanks to everyone for the contributions!

See [the changelog](./CHANGELOG.md) for more details.

At the moment, Herm's can only be installed via stack or cabal, but standalone binaries are in the works!

Manually cloning and installing from source with Stack

Via Hackage and Cabal

Note: Your mileage may vary with dependency resolution

Herm's has a command-line interface!

Below is the exhaustive list of all commands and their functionalities. Take a gander!

To see where these are stored on your system, run herms datadir.

config.hs is a pseudo-Haskell-source-code file with several options for configuring the behaviour of Herm's. It currently supports the following options: